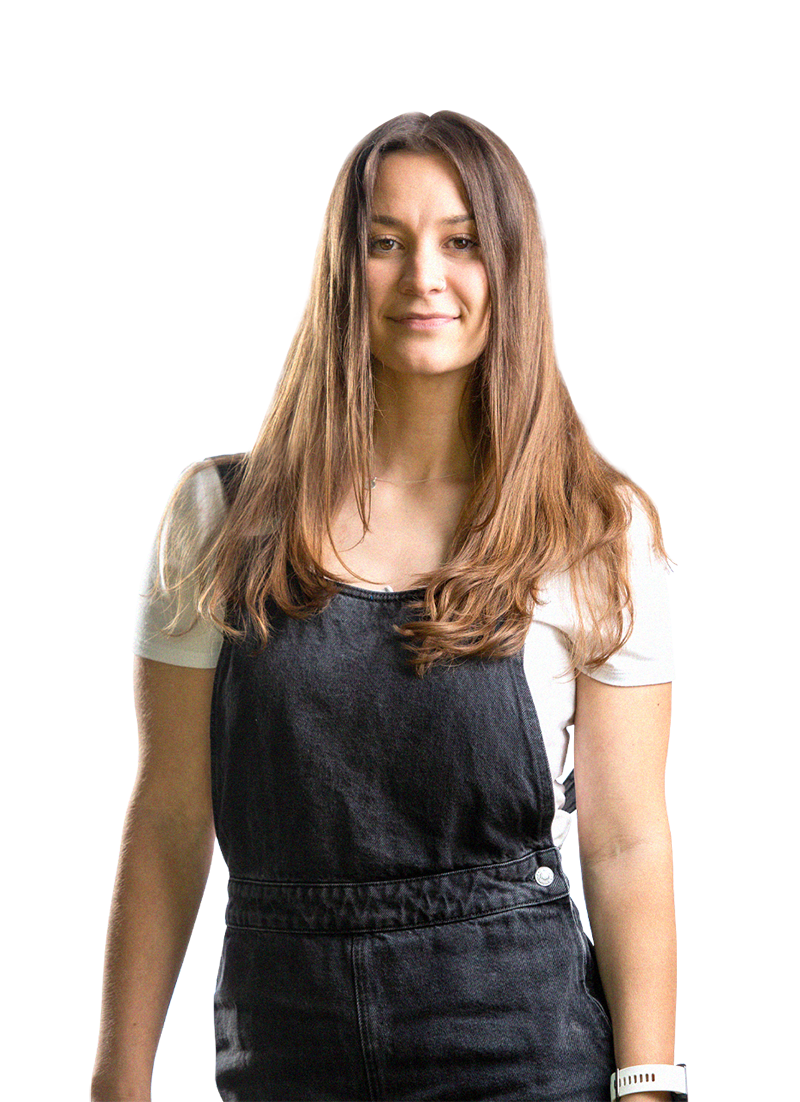 Although there has been a push in recent years to get women involved in typically ‘masculine’ professions, it would be obtuse to pretend like there isn’t still an imbalance. When was the last time you hired a plumber? Ask yourself, were they male or female? Can you recall ever using a female mechanic? Can you name a female astronaut? Even in our world of digital marketing, more often than not, web developers and website tech support roles tend to be dominated by male counterparts.

UCAS data for students studying computer science related degrees discovered only 19% were female, with a staggering 81% of students being male (STEM Women).

This imbalance, it’s not organic. And it’s definitely not because women are not capable! Hell no. It has been coded by traditional and patriarchal systems that sometimes run so deep and inconspicuous, we don’t even realise they still exist.

Society as we know it has been historically obsessed with organising people into categories, and it’s no different when it comes to educating and inspiring our communities into jobs. Again, let’s not turn a blind eye to the existing (and old fashioned) stereotypes and limitations based on sex in the workplace.

The stereotypes that surround men and women often determine not only other people’s perception of their capabilities in certain roles, but also condition the individual’s expectation of themselves. These stereotypes can often be unconsciously stifling in terms of personality and aspiration.

A recent Financial Times Stock Exchange (FTSE) statistic reported that in 2021, out of 100 of the top paid CEOs in the UK only 6 were women. Is this because our young women are growing up thinking they can’t get there? Do you think that if we nurtured young women in the same way we do young men, to be confident, to be direct, to be assertive and ambitious, that this statistic would look the same? We’d bet not.

In a recent article published by include-empoer.com, they shed light on the unconscious bias that we face as a culture, that a man will be more likely assessed as a potential and competent leader. They consider the ‘double bind’ or ‘assertiveness penalty’ facing women who aspire to leading roles:

‘Studies show that when women exhibit stereotypically masculine traits commonly associated with leadership like assertiveness, they are less-liked when compared with men exhibiting the same traits.’

Gendered assumptions might be more subtle than they once were but let’s face it, the balloon popping, confetti sprinkling Insta story gender reveals are still two sides of a very tiresome blue and pink coin. You’re conditioned by gender stereotypes before you’re even born!

This rhetoric is precisely the problem. We are conditioned from a young age to aspire to certain professions according to the social paradigms that are deep rooted in mainstream culture and gendered language. We buy our baby boys blue trains, cars and rockets, we buy our baby girls pink fluffy animals, toy babies and mud kitchens. But that’s not some holy prophecy determined by the universe, we’ve created that pattern. It’s coded into our human interface.

When you think about people in history that have contributed to our modern understanding of technology and science, Einstein, Newton, Stephen Hawking might come to mind. Can you think of any women? Probably not many.

But that doesn’t mean to say they didn’t exist, they did. And do. They just haven’t been recognised for their achievements in the mainstream, or at all. All of our role models for these industries are men. So, is it any wonder that still today in contemporary society women are still less likely to aspire to these professions?

Let’s put the world to rights in this short blog. Let us introduce you to some amazing women in STEM roles.

Did you know that the first person to create a computer programme was a woman? Yes, it was Ada Lovelace.

She coded an algorithm that could compute Bernoulli numbers via an analytical engine. It is considered to be the first published algorithm ever specifically tailored for implementation on a computer (Wiki). This is why she is commonly regarded as the first ever computer programer!

Joan Clarke was a very intelligent cryptanalyst and numismatist. She was best known for her role in breaking Nazi Germany code in the Second World War. Her work on the Enigma Project is widely considered to be a considerable contributing factor to winning the war, enabling british forces to decrypt Nazi Germany communication. Keira Knightley recently portrayed Joan Clarke in the movie The Imitation Game also starring Benedict Cumberbatch, a dramatic interpretation of the efforts and struggles Joan faced as a woman in such an environment.

In 2016, the movie Hidden Figures was released, loosely based on the book written by Margot Lee Shetterly. The film brought mainstream attention to Katherine Johnson, one of the first female and African American mathematicians that pioneered NASA’s moon launch in the 60’s. She was employed as a ‘human computer’ to calculate complex equations that would advance space travel of which the world had never seen.

Katherine was said to have been aware of the racial and gender barriers but had simply ignored them, inviting herself along to meetings and conferences on the basis that she carried out the work, so she should be there (Wiki). Watch the video clip below to find out more – an inspiration!

Franklin was heavily involved in the research of DNA structures. Her pioneering work led to the discovery of the DNA double helix. Her contributions to medicine and science were of global importance and earned her a nobel prize in 1962. According to Franklin’s friend, Anne Sayre, Franklin had battled with her fathers concerns about women in academic professions for years, and apparently refused to pay her university fees when she attended Kings College in London (good job her aunt stepped in to foot the bill).

Not only was Dr. Bondar Canada’s first astronaut, she was also the first neurologist to make it into space. She says “When I was eight years old, to be a spaceman was the most exciting thing I could imagine” (robertabonar.com). Her natural interests from a young age obviously did not deter her from aiming for the stars, throwing herself into intense education she was determined to prove her capabilities as a woman (Wiki). It’s safe to say, point proven.

We could go on, but you get the point. Women have always been more than capable in typically male dominated fields, it’s just getting them there in the first place we need to work on as a society. These women are trailblazers in their professional fields and they must be recognised for not only their contribution to our society, but the opportunities they have opened for every woman looking to step outside of the deep rooted, ‘conventional’ futures that have been decided for them.

We also love to celebrate women in business, hearing more frequently from more female entrepreneurs and working with women who are taking the lead in their workplace. We are continuously inspired by the unfaltering determination and grit they have for their businesses and their people, and are proud to be a part of their growth.

We have just taken on Thornton & Lee for digital marketing, a female led business that specialises in mental health capacity assessments. Rebecca & Faye are two social workers/ ambitious entrepreneurs who work closely with the general public and solicitors to help with care planning for clients. Be sure to check them out!

We are also working alongside leading property and finance recruitment company GCB, where Operations Manager Georgia has noticed an upturn in woman applying for previously male dominated roles, such as mortgage advising and estate agency.

Getting more women into web development roles is vital to us. A diverse office makes for a richer and more vibrant environment, offering our clients the best service we can offer as a full service agency. We are proud to house a balanced workforce, boasting a women lead digital team, and female direction.

If you are a woman looking to enter a world of HTTPS, Javascript and Dev Tools, we have listed a few helpful links for women in code and tech initiatives. 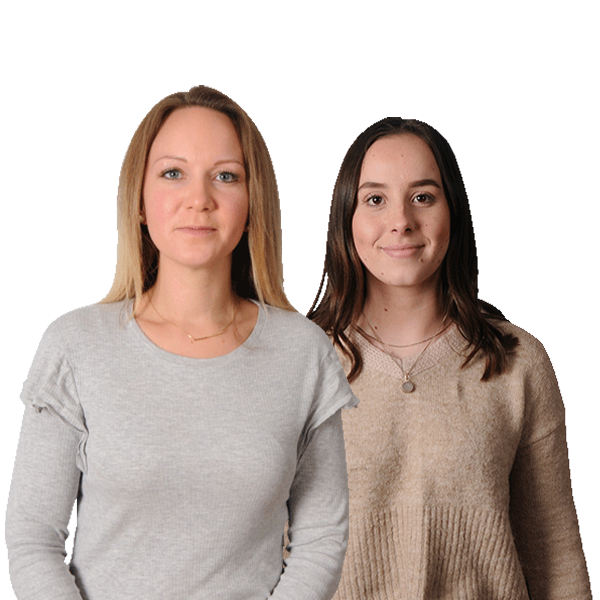 You’re not invisible, we see you

We are always keeping our ear to the ground when it comes to brilliant women in industry. If you are already a female coding whizz or you’re aspiring to be one, we’d love to hear from you!